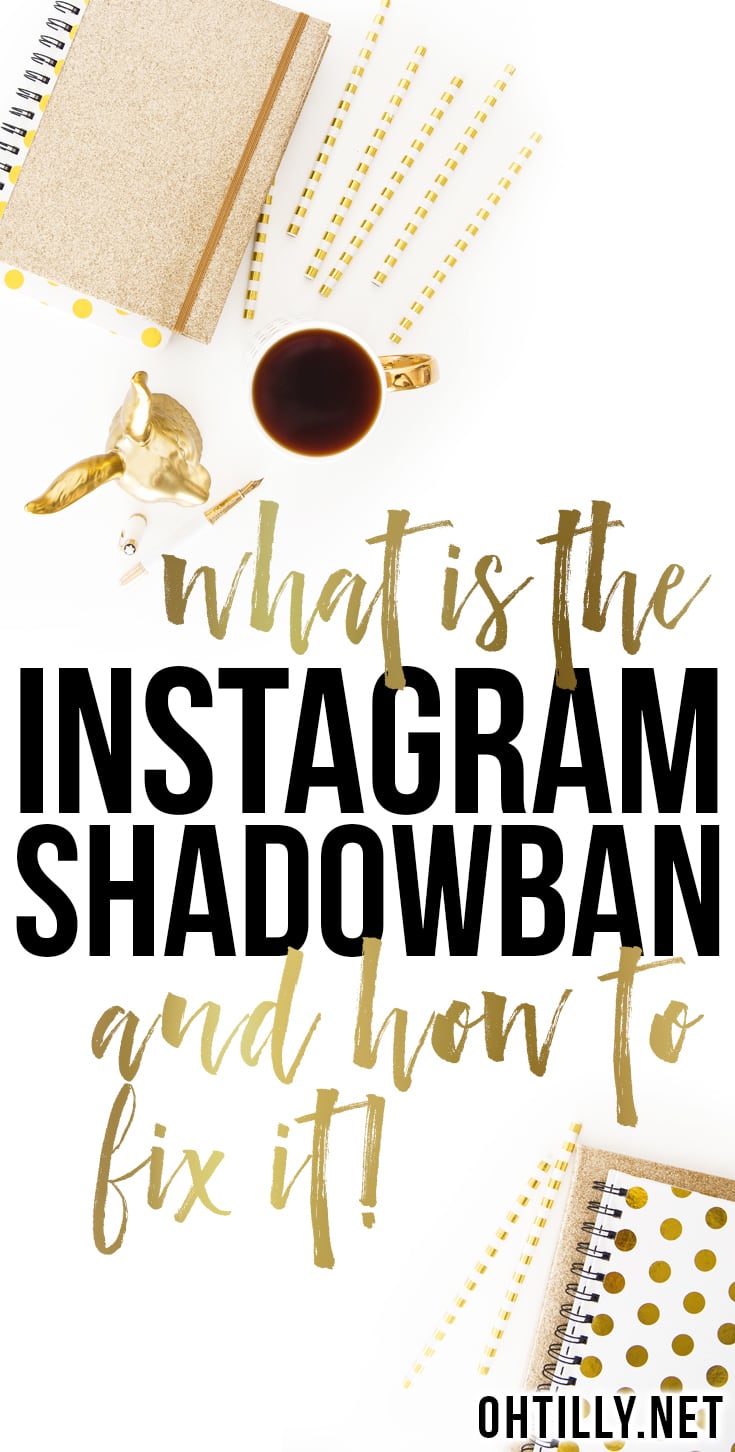 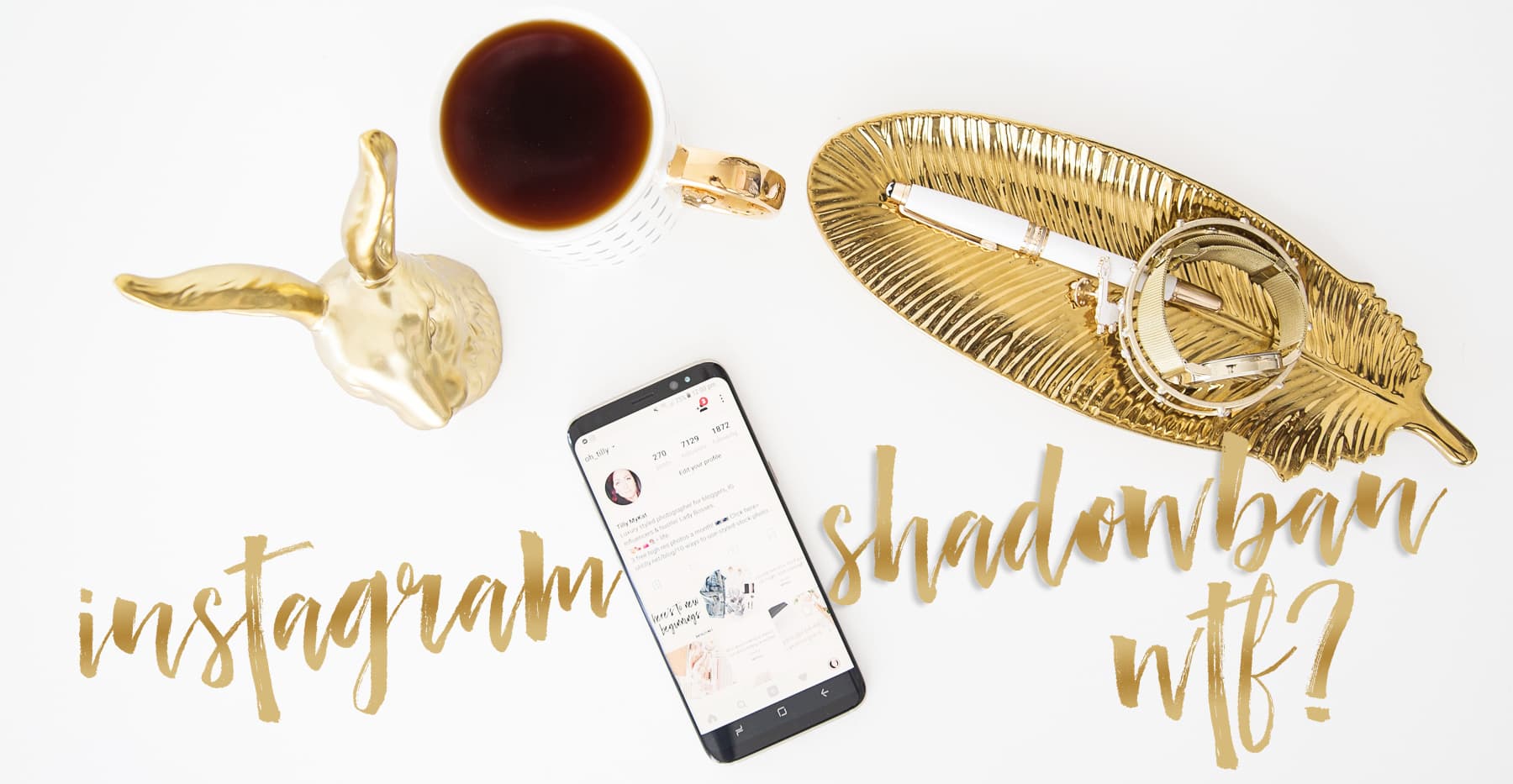 SHADOWBAN I HEAR YOU ALL WHISPERING? WHAT IS IT? DO I HAVE IT? HOW CAN I GET RID OF IT?

I promise I will get to all of that, but first: WHAT IS the shadowban?
The online community has been abuzz for weeks about this so-called Instagram Shadowban.
A shadowban is when your posts stop showing up in the discovery feed and in your hashtags to anyone but you and those followers who comment or like your posts regularly.
At first it's not even remotely obvious, you post, check your hashtags (yep, there I am) and you're still getting comments and likes. Your engagement rates might have dropped slightly, or a lot - but isn't everyone's engagement down right now?
The only reliable way to check if you're actually not showing up for your hashtags to non followers, is to test it manually. There are some websites that claim to have tools that check it for you, but they're not completely reliable.
To check if you have been shadow banned: click on one of your hashtags and find your photo in the hashtag page. Then from a non following account, someone not connected to you at all, go to that hashtag page and see if your post is visible to them. If not, then you're shadowbanned, if so then the chances are you're just experiencing the same drop in engagement as almost everyone else on Insta at the moment. 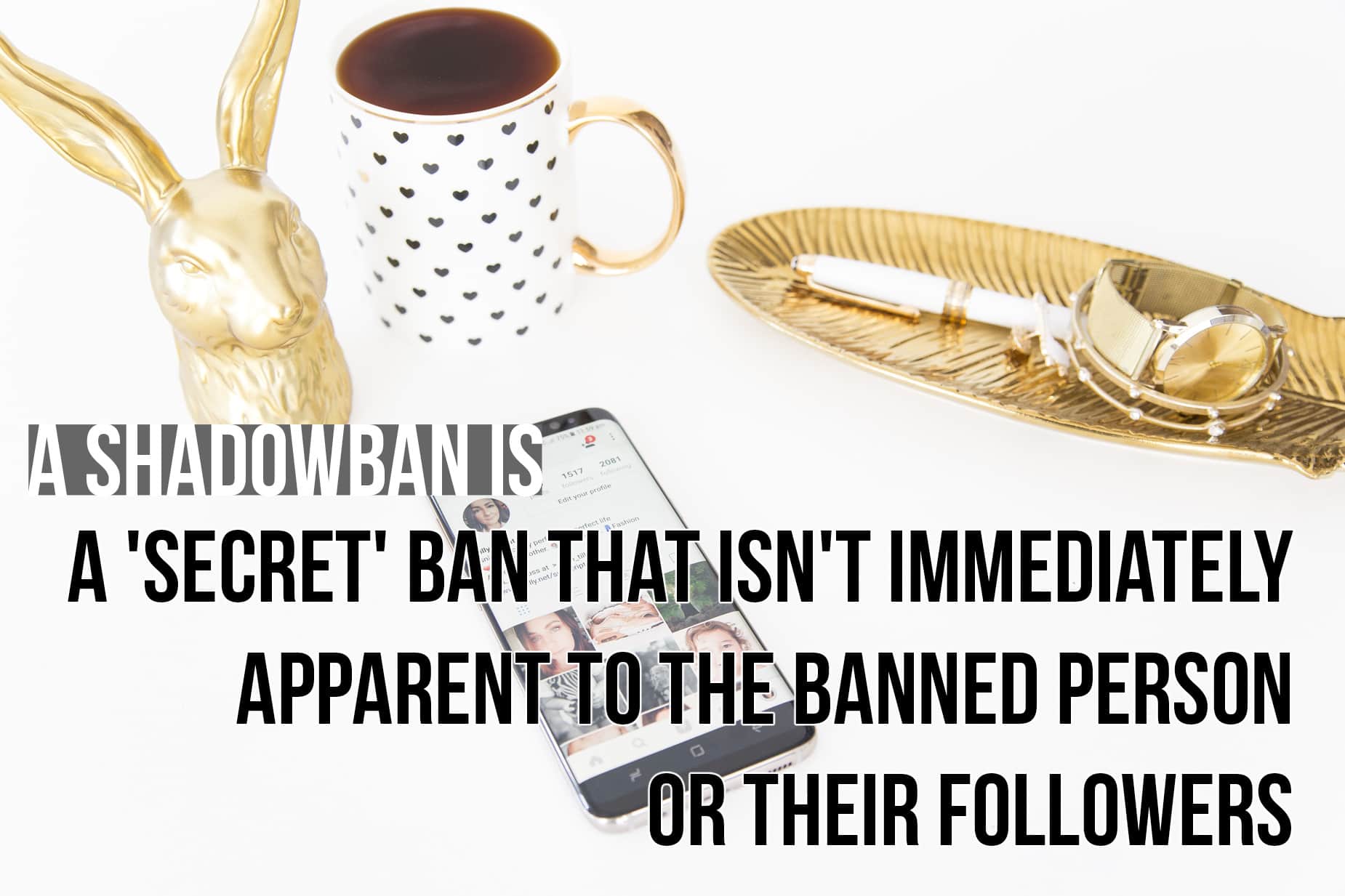 OMG I'M SHADOW BANNED, NOW WHAT DO I DO?

Don't panic. I was shadow banned too and I'm still recovering from some mistakes I made early on when trying to fix it (more on that below)

Here are some steps that I am certain helped and some things that didn't help me along the way.

1. First of all, if you are violating ANY of Instagram's TOS (terms of service) QUIT THAT SHIT RIGHT NOW! Of course they're going to ban you if you're cheating or breaking their rules, if it was your platform you would too!
This means - no automation, no bots, no buying likes and stop using post schedulers as well (that last one you might be able to start up again once the ban is lifted), also no nudity, spam, hate speech or threatening language.

2. DO THIS BEFORE TRYING ANY OF THE NEXT STEPS
Post to Instagram at your usual time, with your regular post type using your usual hashtags (except any that are blacklisted - check by clicking on each and checking the # page for a warning from Insta as you scroll down) and make sure you put your hashtags in the caption and NOT comments.

Banned hashtags don't even show up at all.
Check to see if your post is shadowbanned using the steps outlined above.
Still banned? No, great. Make sure you keep avoiding those blacklisted hashtags and keep putting your hashtags in the caption for now.
Yes? Move on to the next steps.

3. Switch from Business account back to a personal account. Some have speculated that IG is shadowbanning business accounts in preparation to start making them pay for advertising. Hey, it worked so well for Facebook that I think it's a valid point. I DID switch back to a personal account, but there are others who beat the ban without switching.
Post as in step 2 above and check again. If you're still banned then move on to the next step.

4. Take a (strictly) 48 hour break from Insta. Don't post, don't like, don't comment, don't even use the messaging feature - just log out and stay away for 48 hours. This acts as a sort of  'reset' for your account and is helpful if you've violated IG's TOS.
After you've come back from your timed 48 hour break, log back in, change your password and post as in step 2 and check again.

NOTE: early on in the shadow ban talks, I took my intended 48 hour break, but then went on a business trip away for a week and decided to just stretch it out over the week. BIG MISTAKE. That wasn't the thing that fixed my shadow ban (the one thing that helped me was posting hashtags in my captions) and after I did fix the ban my engagement had dropped so significantly, that my average likes and comments are still down and it will take time to get that back up again.

5. If all of the above didn't work, then as a last resort try posting for a while without using any hashtags at all. You will still be showing up to the same people (your loyal followers), but will not be waving any red flags to Insta and this may lift the ban eventually. 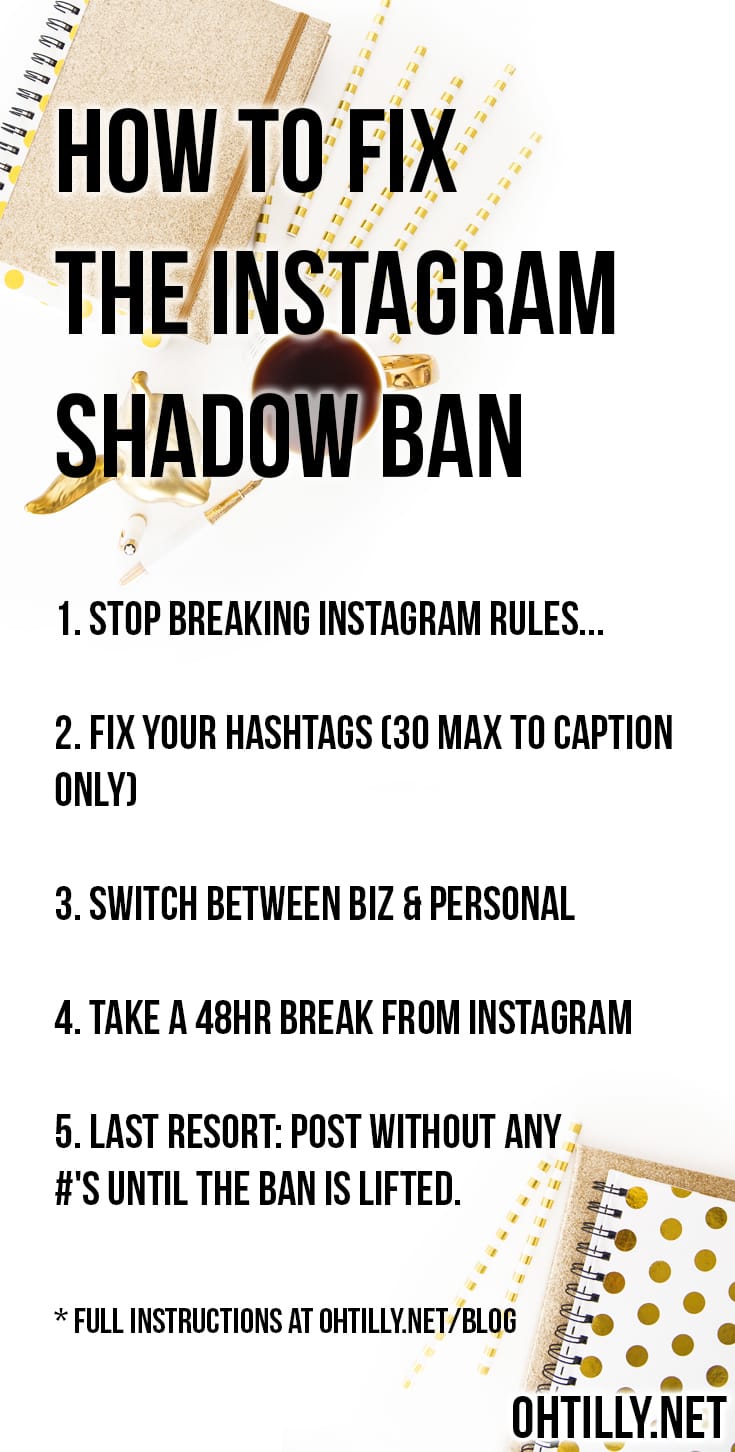 These are the things that have and haven't worked for me.
A reminder to exercise time off Instagram with caution as overall engagement drops effect your reach rapidly. Taking too long of a break can be detrimental to your account - shadowban or not.

If something has worked well or hasn't worked well for you, please share it in the comments. As a community we only beat this thing if we work together and share what information we have discovered.

Instagram have admitted that they have a glitch within the hashtag algorithm and that fixing it ISN'T currently a priority (some are speculating that this is their excuse to roll out advertising as the only way to be seen by businesses, but IG haven't admitted to that). If after all of the above you are still experiencing low engagement just remember that IG is a rapidly changing and evolving platform and things are likely to never be the same again.